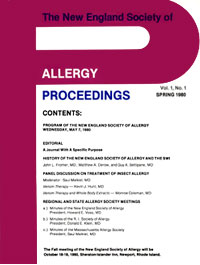 The Allergy and Asthma Proceedings was the creation of Dr Guy A. Settipane who had a dream of creating a journal which could offer a vehicle of communication to serve the clinical needs of those physicians entrusted to the care of patients with allergic and immunologic diseases. In 1980, the Proceedings debuted as The New England Society of Allergy Proceedings, the official journal of the New England Society of Allergy, one of the nation’s oldest allergy societies, dating back to 1956. The initial purpose of the journal was to publish, in manuscript form, the lectures which were presented at the biannual scientific meetings of the New England Society of Allergy or that of its component state societies. In 1983, responding to a growing grass roots demand, the Proceedings expanded its base, changing its name to New England and Regional Allergy Proceedings and added to its mast head, “The Official Journal of Regional and State Allergy Societies.” In January 1996, the scope of the journal was officially expanded with the addition of the word “asthma” to its name; and from that time forth, the Proceedings has been officially known as, Allergy and Asthma Proceedings.

The Proceedings’ first editor was Guy Settipane, M.D.(1980-2004), who was later joined by co-editors Roy Patterson M.D.(1989 – 1992), Paul Greenberger M.D.(1992-2004), and the current editor-in-chief, Joseph Bellanti M.D.(2004-present). In 2004, Dr Bellanti expanded the editorial board to include a distinct international board in order to reflect the growing international contribution and readership of the Proceedings. 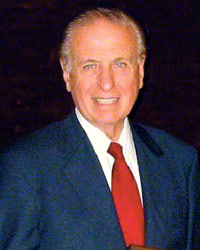 In June 2012, an arrangement was formed between the American Association of Certified Allergists and Allergy and Asthma Proceedings, with the outcome being that the Proceedings became the official journal the American Association of Certified Allergists (AACA) in addition to remaining the official journal of the Regional, State and Local Allergy, Asthma, and Immunology Societies (RSLAAIS).

Since its inception, the Proceedings remains focused at the grass roots level of the field of allergy and immunology and continues to embrace an expanding readership which has grown from a local New England base to a world wide forum. 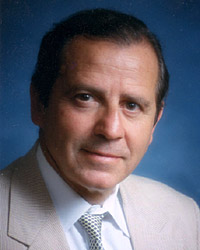 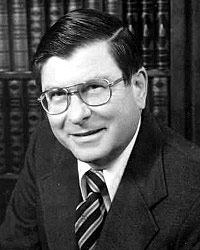 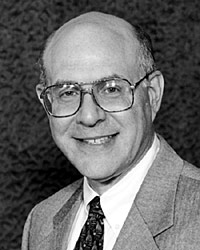 —Editorial from the founding issue by Guy A. Settipane, M.D.

A Journal with a Specific Purpose

A Journal with a Specific Purpose The New England Society of Allergy Proceedings is the official journal of the New England Society of Allergy and will be published quarterly. The articles of this journal will be based on lectures given at the biannual scientific meetings of the New England Society of Allergy or that of a component state society. These allergy organizations will be encouraged to publish minutes of their meetings or other announce- ments in this Journal. The advantages of a regional allergy journal is that we will have a permanent record of the excellent lectures given at our meetings. This record eliminates the arduous and uncomfortable task of taking notes during the meeting. In addition, some of our members who are unable to attend the meetings will still be able to share in our learning experience. The third advantage of this Journal is that it will increase our sense of cohesiveness as an organization and will encourage membership in our society. The obvious dis- advantage is the financial cost of this journal. It will be mailed free of charge to all dues paying members of our society. It will cost $10.00an issue for non members. At this printing, pharmaceutical companies and other Vol. 1, NO.1 institutions, such as retirement funds or insurance companies are willing to advertise in our Journal to the extent that cost of publishing is entirely eliminated or greatly reduced.

The lead article in this first issue is appropriately the history of the New England Society of Allergy. It has much factual material with dates and illustrates the im· mensely important role our regional society played in the formation of national allergy organizations. We hope to continue publishing articles based on the history of the New England Society of Allergy with emphasis on the biographical sketch of some of our great founders, such as Francis M. Rackemann, MD, Lewis Webb Hill, MD, Walter S. Burrage, MD, and William P. Buffum, MD by allergists who knew these men personally. These are just some of the things that can be done with our journal and we feel it is a worth- while endeavor to develop. Its success will depend on the response of our members.